Talking to BSS, Bangladesh Economic Zones Authority (BEZA) Executive Chairman Shaikh Yusuf Harun said the Prime Minister will virtually inaugurate 50 industrial units, projects and facilities in the EZs across the country and BEZA will have the event at eight venues.

“These include commercial operations of four factories at the Bangabandhu Sheikh Mujib Shilpa Nagar (BSMSN) in Chattogram and eight factories in different privately-run EZs,” he added.

He said these industrial units have already invested more than US$ 967.73 million, and will make further investment of nearly $331.27 million.

He informed that the PM will also lay foundation stone of 29 industrial units in different EZs, which have so far invested $610 million, and are in a process to invest $1,922.39 million more.

The EZ facilities, to be inaugurated, include administration buildings of BSMSN, Jamalpur Economic Zone, Srihatta EZ, and Sabrang Tourism Park, he added.

Besides, the BEZA chief said, the PM will also formally open 20-kilometre Sheikh Hasina Sarani, 230-KVA gridline and substation at the BSMSN.

She will also lay the foundation stone of a water treatment plant – having 50 million litres per day (MLD) capacity, he added.

Of the industrial plants, which will be inaugurated, four establishments are at the Bangabandhu Shilpa Nagar.

Samuda Construction Limited, manufacturer of phc pile, is constructing their factory on 4-acre land with an investment of $8.2 million.

BEZA aims to establish economic zones in all potential areas in Bangladesh including backward and underdeveloped regions with a view to encouraging rapid economic development through increase and diversification of industry, employment, production and export.

So far, 12 privately owned economic zones have received licenses to operate and nearly $4 billion have been invested in these economic zones.

The goal is to create employment for 10 million people directly and indirectly. It is also expected to produce and export products worth $40 billion annually in these economic zones.

Investors can avail of tax holiday, duty-free imports of raw materials and machinery at the economic zones. 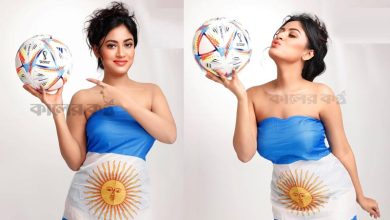