Dismissing allegations of deprivation of the state against the Center, BJP state president Sukant Majumder on Thursday claimed that the Center had paid more for GST compensation to meet the state’s fiscal deficit. Amit Mitra, the financial adviser to Chief Minister Mamata Banerjee, counter-claimed that several states had received more compensation than West Bengal. Due to the right policy of the Chief Minister, the collection of GST in the state has increased.

The BJP continues to clash with the Trinamool Congress government in the state. The state president of the party has warned the movement against the hike in petrol and diesel prices and has given a message to the chief minister to join the development efforts of the Center. Dismissing the allegation of deprivation by the Center against the state brought by the Chief Minister, Sukant said on this day, “The Center has paid Rs 7591 crore to the state for GST compensation. That’s a lot more than the BJP-ruled states. ”

However, Amit Babu refused to accept this argument. He commented, “He is a professor at Botany. I respect him. But Maharashtra has received more than double the compensation of West Bengal. States like Karnataka, Tamil Nadu, Uttar Pradesh have also received more compensation than West Bengal. No one will say that there is no industry in those states! ” Amitbabu claimed that GST collection in the state had increased by 19.23% in April-May last year. He claimed that the money came into the hands of the people because of the right fiscal policy based on the demand of the Chief Minister. GST has also increased due to increase in purchases.

Besides, Amit Babu claimed that the states owed about Rs 26,000 crore in the GST sector, adding that Sukant Babu was a man of the state. Therefore, he should be diligent in order to get this due quickly.

On this day, Sukant Babu also became vocal about the price of oil. His warning, “I am giving 15 days. If the state does not reduce the tariff on petrol by Tk 5 per liter and diesel by Tk 10 per liter, then we will block Nabanna. ” Trinamool general secretary Kunal Ghosh said, Let’s reduce taxes further and make state taxes equal. Outstanding Rs 96,000 crore. The state will exempt petrol and diesel from taxes for 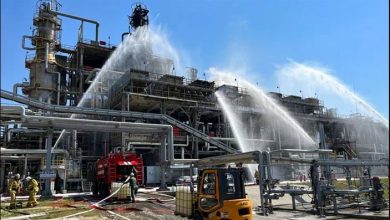